The Principles of Gestalt and Graphic Design. Part I 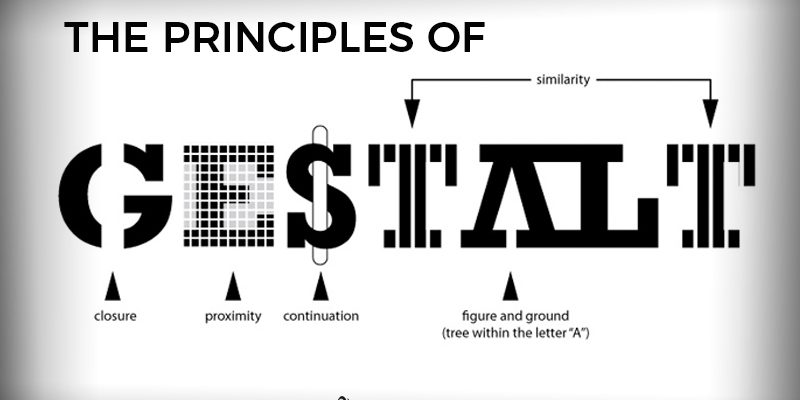 The Principle of Similarity dictates that objects that share visual characteristics, such as shape, size, color or texture, will be considered part of a group by the observer. Normally, one of the most characteristic similarity relationships we encounter is when two or more objects have the same color. In addition, consistency in style and dimensions is very important, since it implies that a structure exists.

The Closing Principle occurs when an object is incomplete, or the space it occupies is not completely closed. But if we show enough of its shape, our brain will fill in all the missing information. That is, we will imagine its negative form.

WWF logo, example of the principle of Gestalt enclosure

The next aspect to be discussed is continuity, which tells us that the elements arranged in a line or curve are perceived as related, unlike those that are not. It is based on our instinct to follow a path or a line. Once we look or move in a particular direction, we tend to look or move following it. Until we reach some significant point.

The Coca Cola logo uses this principle literally. The first C of the logo makes our eyes go directing to the next C. And this, again, creates a line that flows to the final A. With two simple strokes, let’s see everything from a simple eye movement in the right direction.

The Principles of Gestalt and Graphic Design. Part II
November 22, 2017