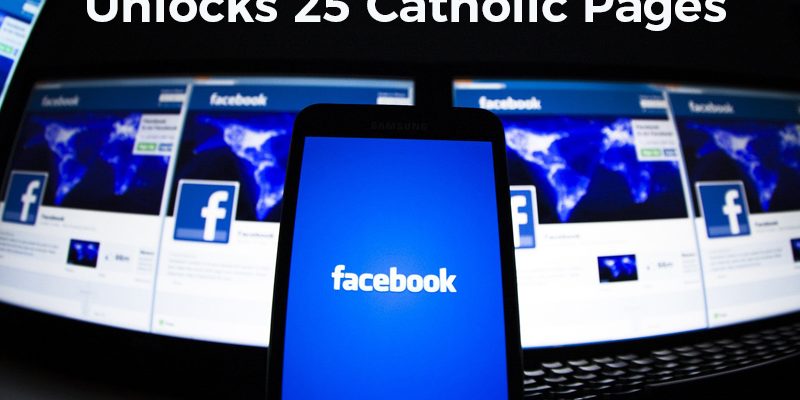 Facebook raised surprisingly and without explanation the blockade it established during the last 24 hours to more than twenty Catholic pages in Portuguese and English.

According to Aciprensa’s publication, between the night of 17 and the dawn of July 18, Facebook blocked at least 25 pages -21 in Portuguese and 4 in English-without giving a clear explanation to its administrators.

The blocked Catholic pages had between hundreds of thousands and 6 million followers, were unlocked the night of 19 of July.

In statements collected by ChurchPop.com, Carlos René, administrator of the page “Papa Francisco Brazil”, said that the page was available again “without notification. I just realized that it was already on the air. ”

So far, Facebook has not given any explanation of the blocking or restoration of the page. The owners and administrators of sites such as Father Rocky, Catholic and Proud, Jesus and Mary or Our Lady Care for Me or My Immaculate Heart will triumph, they simply realized that their pages had returned to work after seeing their accounts in the social network.

Sources close to ChurchPop.com indicated that some of the affected administrators in Brazil sent their lawyers to the Facebook offices in that country, to demand that the pages be restored, although it is unclear if this was a decisive factor.