Apple unveiled the trailer for its first reality show on iphone apps. 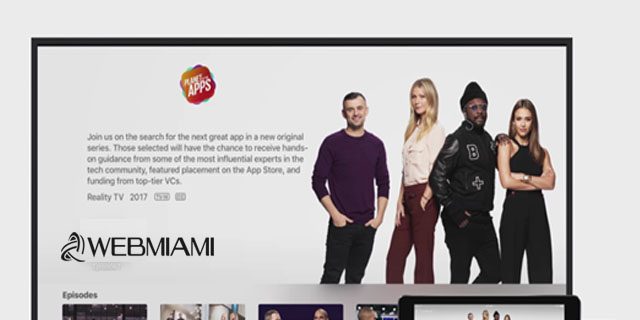 Apple closed last year with more smartphones sold than Samsung in the fourth quarter than Samsung, is a change in the leadership of the manufacturers world ranking. In that relief at the summit has influenced the improvement of the commercial performance of Apple and the fiasco of Samsung with its Note 7, device that recalled the problems with their batteries. According to Strategy Analitics data, the California company sold 78.3 million iPhones, compared to 77.5 million harvested by the South Korean multinational.

“This was the best performance of the iPhone for over a year as Apple capitalized on Samsung’s recent mistakes,” said Neil Mawston, CEO of Strategy Analytics. Apple posted a net profit of $ 17.89 billion in the first quarter of its fiscal year 2017, down 2.6 percent from a year earlier, when it hit $ 18.36 billion.

Apple last Tuesday reported results for the last quarter of last year, a period in which revenue amounted to $ 78.351 billion (72.5 billion, euros).

On the other hand, Apple could be considering taking legal action against Donald Trump’s veto to immigrants and thus pressure the administration to avoid implementation of the measure, as the company’s chief executive Tim Cook said in an interview Published by The Wall Street Journal. Cook said that hundreds of employees of the multinational were affected by the order, which temporarily stopped the arrival in the United States of refugees and immigrants from seven Muslim-majority countries. “I’m in touch with people of very, very high rank in the White House trying to make them see the importance of repealing the executive order, not only for Apple, but for the whole country,” he added.