Affinity Designer: the aspiring to the throne 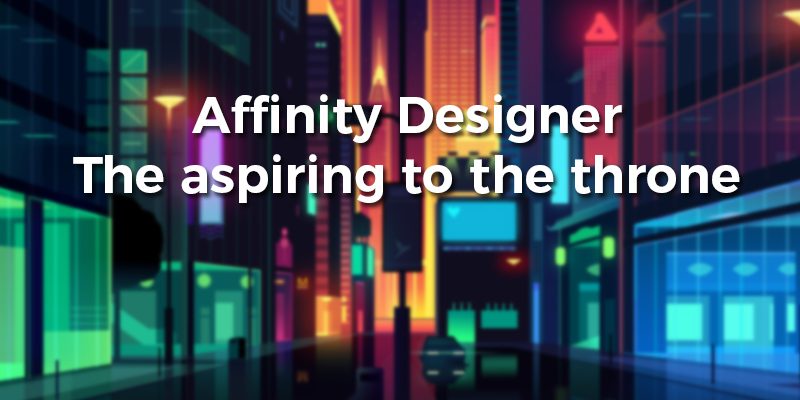 Less than three years ago, an application that did something that seemed impossible was launched in the AppOStore of macOS: face the almighty Illustrator. And Serif Europe, its developer, did it with software that practically mimicked its interface, so that the transition was much simpler, and with a very low price. In addition, the multiple updates of Affinity Designer makes the distances between both are reduced. And they have created in the user the uncertainty that Illustrator had been anchored for some time and that did not launch really interesting features in their new iterations. Serif also has in its catalog Affinity Photo, which has also become a serious contender for Adobe Photoshop. Initially available exclusively for macOS, it has been available for Windows for just over a year.

Affinity Designer for the Graphic Designer

If perhaps it does not reach the depth and quantity of tools that Illustrator has, it is sure that it is the software that comes closest in terms of functionalities. And that despite the fact that not even three years ago of its official launch in macOS. That’s right, its developers do not stop and in each update they get new news. So the time when both have a couple features is closer every day. Unfortunately, it does not have one of the big points in favor of its sister application, Affinity Photo: to be able to load the plugins created for the Adobe package.

In the last major update of Designer, specific functionalities for the UI design were integrated. This caused the application to hit the table with respect to its competitors, since it managed to add in a single application effectively powerful tools for both graphic design and web design. Although in this last field it is noted that there are still aspects to work. But for now, what it offers looks very good.